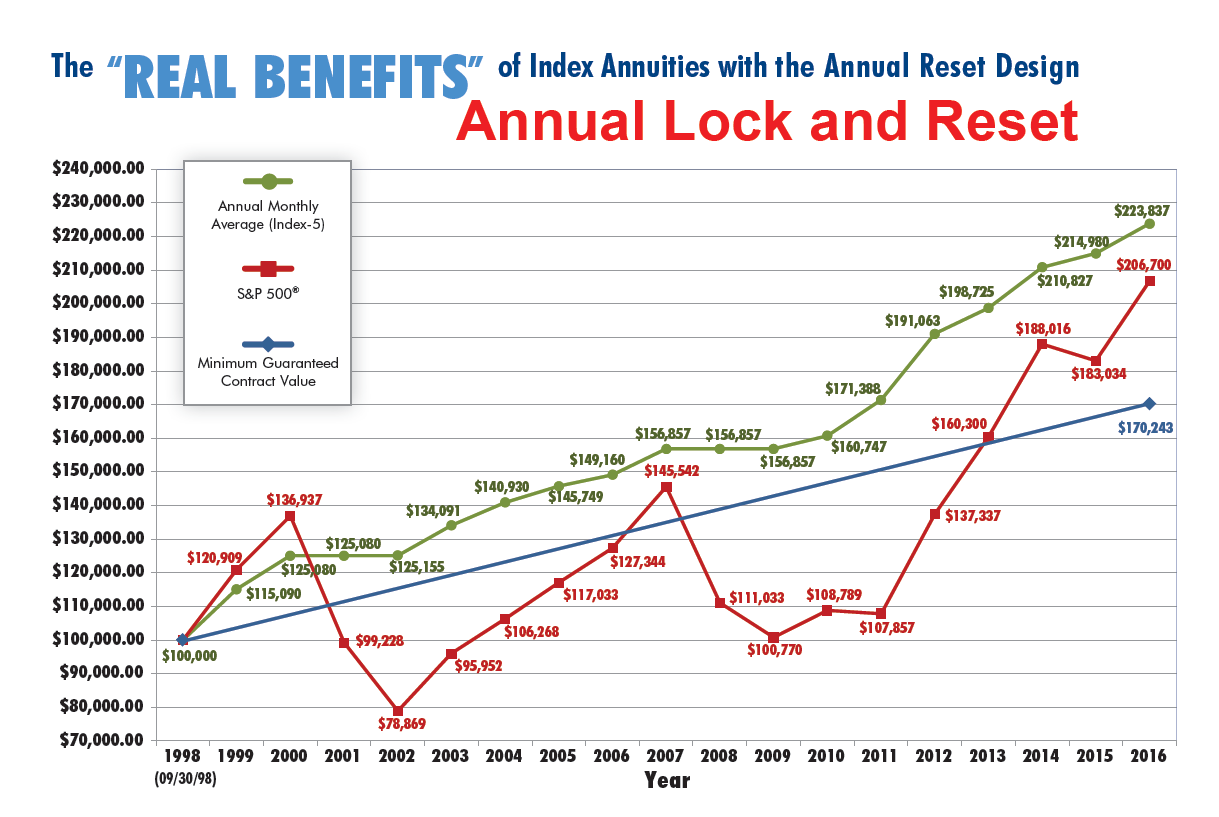 *The S&P 500 return figures do not include dividends, nor does the Indexed Annuity.
** Indexed Annuity returns are calculated using monthly averaging, 100% participation, no cap and 2.95% spread.

S&P 500 Index is an unmanaged group of securities considered to be representative of the stock market in general. One cannot invest directly into an index.

Past performance is no guarantee.

Participation rate is defined as: How much of the increase in the index that will be used to calculate index-linked interest.

Spread is defined as: A deduction that comes off of the positive index growth at the end of the index term in the crediting calculation on an indexed product. Spreads may vary and year.

Schedule a 15-30 minute virtual meeting on my calendar by clicking Schedule a Consultation or if you have specific questions please complete this form below and we will call you to answer your concerns and questions.